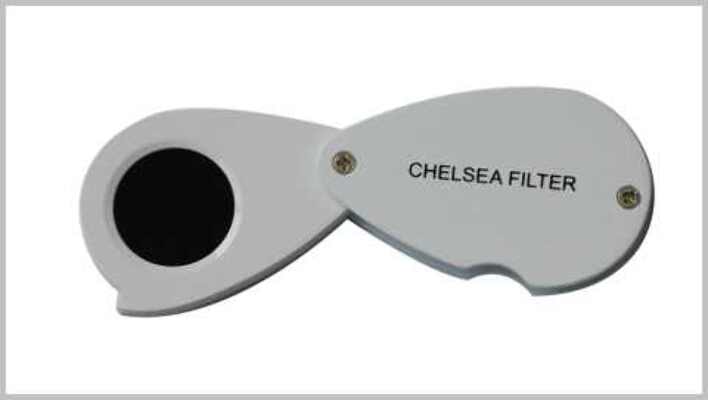 The Chelsea filter is a must have for identifying colored stones.  While it was originally intended to rapidly distinguish between genuine Emeralds and the pastes and doublets which resemble them, it also is a valuable aid in identifying other colored stones, as well. The filter is designed to transmit only deep red and yellow-green light, and the best results are obtained when stones are examined under a strong electric light.  Just hold the filter close to the eye with the stone or stones (for a number of stones can be examined at one time) receiving as much light as possible.Under these conditions, Emeralds (absorbing in the yellow green) usually appear distinctly red or pinkish in colour, the actual tint varying from merely pinkish in the case of pale stones, to a rich almost ruby red for better coloured specimens.  On the other hand, most imitations of the genuine stone (pastes, doublets, soude Emeralds) retain a green appearance.